Going back in time a bit.

After Maxwell was sent flying by the mysterious attack, he wasn’t invited to the stage of London, so he was thrown into the mountain range.

His mantle was tattered and his graceful face was covered in blood.  It was an injury that was easily repairable with his power, but the current Maxwell didn’t have even a shred of mental stability for that.

He was assaulted by maelstroms of wind, vortexes of power resembling tempests, that were condensed to their utmost limit. Compared to this one strike, the winds used by a gryphon or Kasukabe Yō were not even a gentle breeze.

Maxwell had a recollection of this power that can be aptly described as a devastating tempest fast as lightning.

Three years prior —— The one that thoroughly beat him down after he triumphantly arrived in Little Garden to get his bride. He received the same attack then also. After being interfered in the same way twice, Maxwell went beyond anger and was laying on the face of a rock in a daze.

Remembering it now still caused his hairs to stand on their end. That single strike shattered the pride of Maxwell, who came to Little Garden as a new up-and-coming Demon Lord, and injured him to a degree, that he had to avoid meeting Willa for three years. If the opponent that humiliated him that time once again showed himself before him, then ——

With the expression of a madman, Maxwell casually stood up, brushing his hair backwards.

He desperately waited for the day when he could clear away his disgrace. Maxwell’s Demon now have grown to have the power of a 4 digit Demon Lord.

Revenge is sweet as honey in every era. A sweet temptation that doesn’t exceed or fall behind his desire to take possession of his bride by force.

The only reason Maxwell’s Demon, who was born as a state-of-the-art Demon Lord, obeyed that Poet was to further his own agenda.

As if to mock his seething self, a young girl’s voice could be heard from the thicket.

“…..really, I can’t believe it. To think you would destroy the Astral Gate, that’s a taboo even for Demon Lords. I underestimated the enthusiasm of an up-and-coming Stalker a bit.”

Playing with her glossy long hair, the young girl quietly said with a dumbfounded tone. She was only lightly dressed in a sleeveless upperwear and mini skirt, but despite the cold night, she was as cheerful as always.

“Oh, if it isn’t Maker-dono. Excellent timing. I will now be heading to intercept that man. I’m sorry, but could you bring Willa over in my stead?”

Hearing Maxwell’s request she —— Rin was standing there looking speechless as she nodded deeply as if confirming something.

“Hm, how do I say this. To tell the truth, I went and kidnapped Willa-san even without Maxwell-san’s request.”

However Rin ignored Maxwell’s behaviour and abruptly spun around. She turned to face the Jin Russel and Pest duo, who were standing in the back.

“Let’s see, let’s see. It really didn’t go according to the plan, but the refugees should be all right for the time being? With this it should be fine to consider the ceasefire agreement in effect, right Jin-kun? And also Pest-chan.”

Jin’s body stiffened as he nervously shook his head sideways, as Willa stood there confused and half crying, not knowing what’s what anymore.

“Not yet. A crucial point is not yet fulfilled.”

“That’s right. We even helped restrain Willa. If we don’t get the biggest reward, then it wouldn’t have been worth the effort.”

Pest was standing beside Willa, whose arms were both bound by chains, and answered without any malice or courtesy. Willa was approached by Pest in the confusion and was abruptly wrapped in chains, then taken to this place. It’s no wonder that she is confused.

Taking a sidelong glance at the current her, Rin nodded with a full face smile.

“Of course, we are keeping that part of the promise also. —— Is everyone ready?”

Saying that she changed the direction of her gaze. Jin wasn’t the only one near her.

A jet black western dragon and a magician looking women wearing a robe with the hood covering her face.

Also, wearing a pure white uniform with its neck slightly released, a white-haired, yellow-eyed boy —— the one called His Highness was also standing by with his arms folded.

Maxwell didn’t understand the meaning behind their words, so he asked them narrowing his eyes with suspicion.

“….what are you talking about, Maker-dono?”

With a calm smiling face, Rin pulled out her knife and decreed to Maxwell.

“Maxwell’s Paradox. With the authority of a Maker, I will replace you. In other words, the Paradigm Shift that appeared in 2120 —— the spiritual power of the Third Perpetual Motion Machine.” 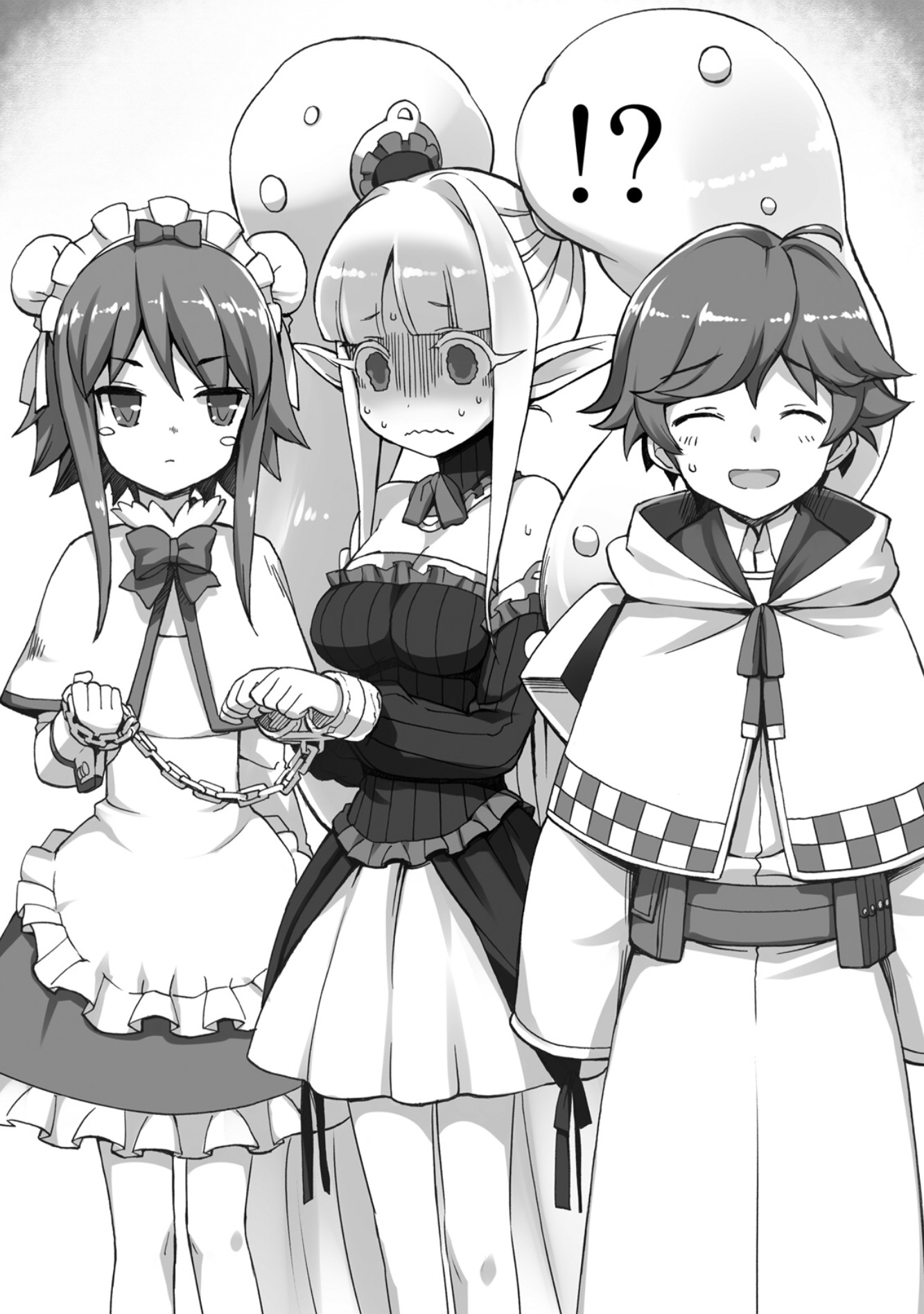 Read ahead at Patreon